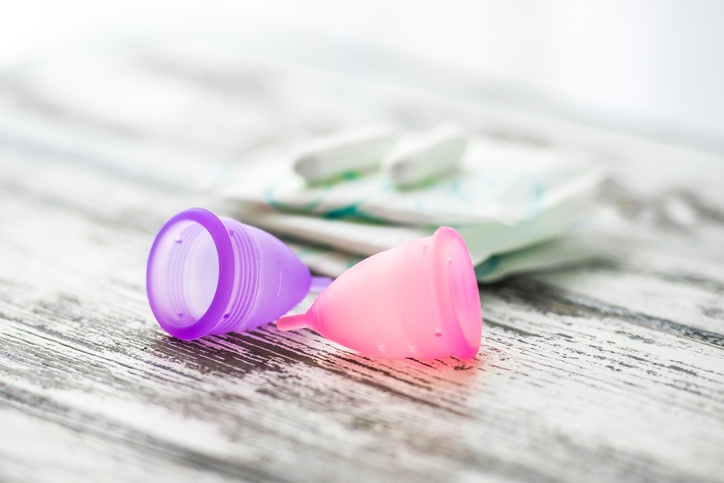 Every month of every year, billions of women and girls over the world endure between three to seven days of menstruation. Beginning as young as eight years old until around the age of 55, it is estimated that a woman will experience about 500 periods over the course of her lifetime.

The outward signs of menses – the shedding of the uterine lining and blood through the vagina – provides important biological feedback about our bodies: we are healthy, everything is functioning normally, and we aren’t pregnant. Other, less conspicuous signs of the monthlies frequently include feeling bloated, moodiness, fatigue, depression, painful cramping, and tender breasts.

Ranging from mildly irritating to can’t-get-out-of-bed debilitation, periods are an entrenched part of every woman’s life. The recurring expense of feminine products, the hypervigilance needed to avert “accidents”, the inevitability of stained pants, the need to keep a spare tampon in your purse at all times “just in case” of an unexpected arrival, or the hushed whispers in the ear of your friend/ co-worker/ female stranger for those times you didn’t, these are the quiet rituals of womanhood.

It’s so routine that we probably don’t think much about what those feminine products are made of, how much they cost, what they might be doing to our bodies over time, and how the disposability of it all affects the environment.

Though there are few historical accounts of how ancient woman managed her periods, it is presumed that washable cloths and crude tampons made from wooden sticks wrapped in lint were commonly used.

It remained a DIY type of thing until the introduction of the Hosier sanitary belt in the late 1800s, a particularly awkward-looking contraption that promised to keep homemade sanitary napkins in place.

In 1896, the very first commercial disposable pad was brought to market by Johnson & Johnson. Dubbed “Lister’s Towels”, they were made of cotton covered in gauze. Improvements, like an adhesive backing and the addition of “wings” didn’t come along until the 1970s.

Tampax, the first modern tampon made from strips of cotton fibers connect to a cord, was patented by Dr. Earle Haas in 1931. Aside from the materials with which they are made (more on that below), tampon design has remained virtually unchanged for more than 80 years.

The last option available to women was the menstrual cup, a flexible bell-shaped device that fits inside the vagina. Patented in 1937 by Leona Chalmers, it was the first feminine product made by women for women. Originally made of hard rubber, unsurprisingly it failed to catch on. In 1987, The Keeper brand of cups was debuted in the US using a softer blend of rubber latex, and proved to be the first viable alternative to tampons and pads. Nowadays, most menstrual cups are made with medical-grade silicone, are easily bendable, and come in various sizes.

Between these three options, tampons are the most popular choice among women under the age of 40 today. And on the surface, it’s easy to see why: tampons are small, they are discrete, and they allow us more freedom of movement. But dig a little deeper and you will begin to see some of the hidden costs of using tampons and pads:

Despite their use on a particularly sensitive and absorptive part of the female anatomy, tampon and pad makers do not have to list the ingredients and materials used in their products on the label or packaging. Because they are classified as “medical devices” by the FDA, full disclosure is recommended, but not mandatory.

Bowing to public pressure, some companies have voluntarily agreed to disclose some but not all ingredients used to make their products, but consumers are still being kept in the dark on the composition of fragrances, adhesives, and other secret chemicals.

Since menstrual cups are simple devices that do not contain fibers or fragrance, the materials used to make them are clearly listed on the package. Most cups are made from 100% medical grade silicone, free of plastic, BPA, latex, and artificial dyes.

The interior and exterior parts of lady bits (the vagina and vulva, respectively) are structurally unique compared to other tissues of the body. Chemicals and toxins are much more readily absorbed in this area and circulated through the rest of the body, as evinced by a study where women were given an estrogenic hormone either orally or vaginally. The results showed that, when administered vaginally, the drug was found at levels 10 to 80 times higher in the body than when the same dosage was taken orally.

Independent testing and analysis of the chemical constituents of tampons and pads revealed a dangerous cocktail of toxins present in these products:

Tampons – The majority of tampons are made with cotton and rayon fibers which are then bleached white with chlorine. The bleaching process contaminates the end product with dioxins and furans – a family of highly toxic chemicals and pollutants that have been linked to reproductive and developmental problems, hormone disruption, cancer, and damage to the immune system. Additionally, traces of pesticides and herbicides have been detected, as well as a litany of chemicals contained within fragrances, many of which are known irritants, carcinogens, and allergens.

Menstrual Pads – Likewise, menstrual pads essentially contain the same materials as tampons: bleached cotton and rayon. Not only does using pads increase exposure to the same mix of toxins, independent testing of Always brand maxi pads resulted in findings of carcinogens like styrene, chloroform, and chloroethane, as well as the irritant acetone and chloromethane toxins.

Because menstrual cups are made with silicone or natural latex, they don’t contain any chemicals that can leach into the body – or the environment.

Any woman who has used tampons has likely seen the notice in the box warning of tampon use and toxic shock syndrome (TSS).

Though rare, TSS is a serious, life-threatening illness. While you won’t develop TSS simply by using tampons alone, it occurs as a complication when the infectious bacteria Staphylococcus aureus is already present in the body. About one-third of the US population are carriers of S. aureus and many people never show symptoms of it.

When it comes to tampon use and TSS, the higher the tampon’s absorbency, the greater the risk of TSS. Tampon manufacturers warn that TSS occurs in 1 to 17 of every 100,000 tampon users per year. The unlucky ones who contract it might escape with their lives, but may lose a leg, as was the case for Lauren Wasser.

Since their invention in the 1930s, there has been only one documented case of a woman developing TSS in conjunction with using a menstrual cup.

4. Tampons Disrupt the Delicate Ecosystem of the Vagina

The vagina does a great many wondrous things, not least of which is its ability to keep itself clean. Like a garden, it needs the right balance of microorganisms to stay healthy. The natural flora of the vagina is brimming with good bacteria that helps crowd out bad bacteria; it produces its own antibiotics to curtail the growth of foreign organisms; it maintains a slightly acidic pH between 3.8 and 4.5; and it creates substances that stop bacteria from invading the surrounding tissues.

Tampons are, by design, incredibly absorptive. Unfortunately, they do not discriminate between menstrual flow and the good bacteria that keep things down under in perfect harmony. Using tampons can have the effect of drying you out, disrupting pH levels, and trapping bad bacteria within.  When vaginal pH becomes too basic, it creates an environment for bad bacteria to thrive. This can lead to unpleasant things like a yeast infection or bacterial vaginosis.

While tampons are intended to absorb, menstrual cups are designed to collect – an important distinction when it comes to maintaining a healthy vaginal ecosystem. Because all the good bacteria stays put during menstruation, cups can help keep things ticking along as they should be.

The inherent disposability of tampons and pads means they leave a pretty enormous environmental footprint. It is estimated that the average woman will use 15,000 tampons or pads over her lifetime. Annually in the US, more than 12 billion pads and tampons are used once and tossed in the garbage or flushed down the toilet.

In addition to the massive amount of waste this generates (which is only more guilt-inducing when we see there are eco-friendly alternatives), these feminine care products pollute the ground and water since they contain toxic substances and persistent organic pollutants.

Menstrual cups, on the other hand, are reusable. When properly taken care of, they can easily last 10 years or more.

6. The Cost of Disposables Adds Up

If you spend $5 on tampons or pads each time you menstruate, you’re shelling out $60 each year on products to plug or soak up your period. Assuming your menstrual cycles span 40 years of your existence, that means you’ll have paid out $2400 for tampons or pads over your lifetime – or the cost of a nice vacation!

By switching to a sustainable and reusable product like menstrual cups, which cost between $20 and $40 and last a decade, they will pay for themselves in no time.

When it comes down to it, the products used to manage your period are a deeply personal choice. Even so, we should still have all the facts about what tampons and pads could be doing to our bodies, and the environment, and our wallets.

Menstrual cups, like the Diva Cup, the collapsible and compact Lily Cup, and the slightly firmer Moon Cup offer better protection against leaks and spills than tampons and pads. Although there is a bit of a learning curve when using them for the first time, once you get the hang of it, you won’t even feel it. Unlike tampons that need to be changed every four hours, you can leave a cup in for up to 12 hours at a time. Using menstrual cups also means less odor since fluids are not exposed to air.

The notion of switching from tampons and pads to menstrual cups is quickly catching on. The market for cups sales has grown 20 times faster than other feminine hygiene products within the last year. And according to a least one study, women are more likely to use a menstrual cup if they know someone who already does. Typically, women who have made the switch love the cup and never look back.

Curious yet? Here’s a good primer on how to use a menstrual cup as well as some invaluable tips and tricks for the recently converted.